Bicycle/ motorcycle theft is a major issue, and once stolen, many vehicles are untraceable. So the guys at Geotekk have created the ‘Limpet’ to tackle this problem.

It was my job to show the benefits of this new smart alarm and security device through 3D motion graphics. I used Cinema 4D for creating scenes and Arnold to render with realistic lighting. After Effects was used for post production effects, including the rain scene which I go into more detail further down. Finally Premiere Pro was used to bring everything together, to add music and adjust timings.

One section of this project involved rain falling onto the Limpet and bouncing off to show how it is water resistant. To create this rain effect I first needed to create an alpha matte in after effects. After a lot of tinkering with particle world and turbulent displace I was able to create the effect below. I then imported this into my Cinema 4D project and applied it to the Limpet object I had animated. After rendering out it I took it back into after effects for further editing. 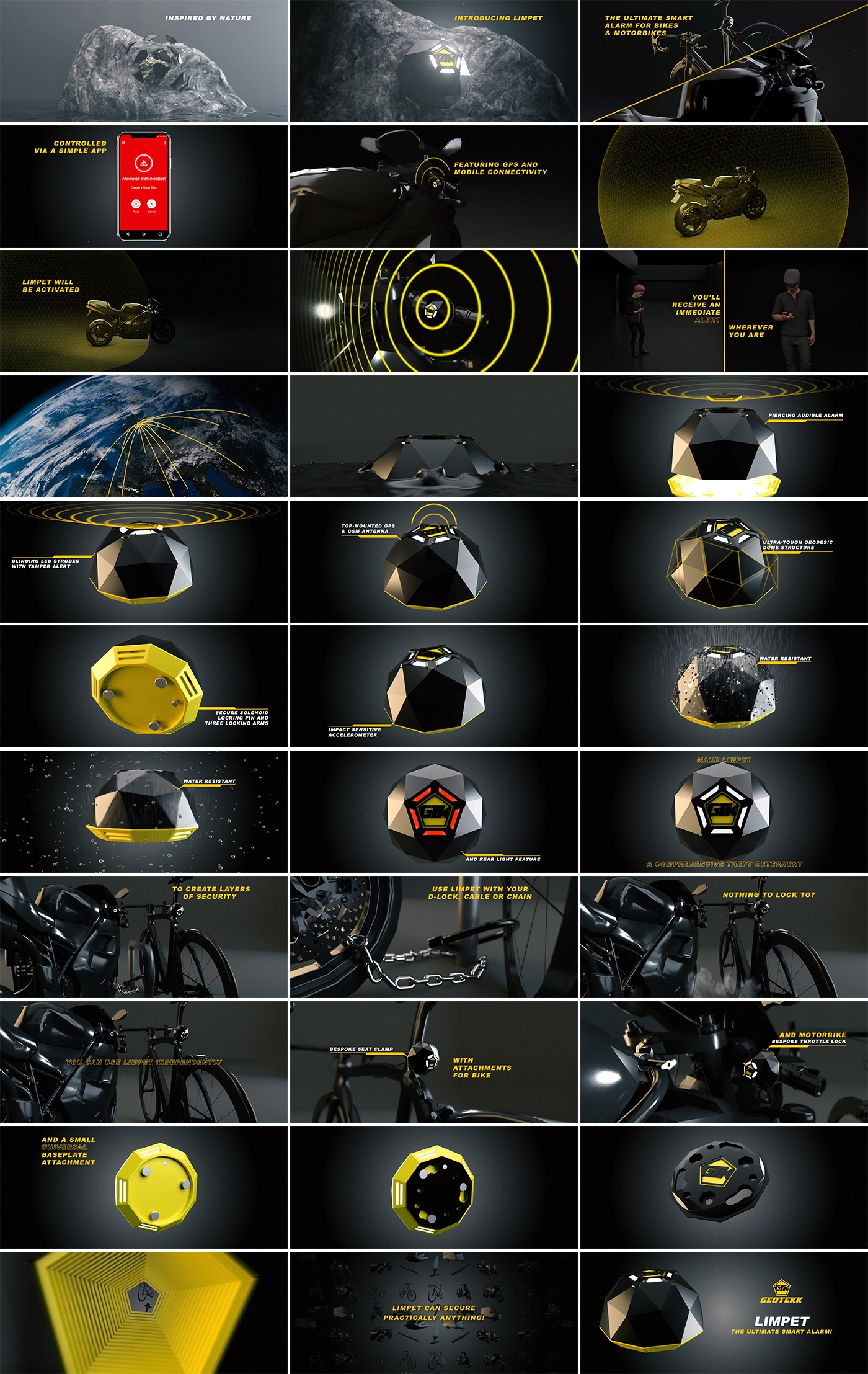 In need of 3D Motion Graphics?

Creator of unique 2D and 3D motion graphics/ animations. Starting from a blank canvas and bringing any artwork to life in animated scenes. Great at making content for broadcast, online campaigns and advertising.

Power to enhance films by adding visual effects in post-production. Using high technical skills such as tracking, masking and rotoscoping. Bringing your film and video to life with an artistic eye. Using both the Adobe suite and Cinema 4D.

High expertise in graphic design and illustration. Able to create characters and scenes from scratch. Use my imaginative mind to bring ideas creatively to life. The ability to work singly on a project from beginning to end.